Mujtaba is from Kabul where he was a diplomat and worked closely with the president of Afghanistan. He recalls that fateful day in August when he got to work, and Taliban propaganda was everywhere. The entire city went into panic and was trying to evacuate. Mujtaba recalls “everyone was waiting on a big explosion”. Once he made it home, he had to figure out how to leave Kabul. His friends called him and told him they must get to the airport now. After hiding his identity and making it past five Taliban checkpoints, Mujtaba made it to the gate. “We didn’t know at that time where the gate was going to take us,” he said’ “But behind that gate was Omaha.”

Mujtaba arrived in Omaha with no money, documents, family, or friends. Refugee Empowerment Center gave him hope. “After losing everything in Afghanistan, REC helped me start a new life here. REC is a bridge between two different cultures to help refugees adjust to U.S. life.”

Thank you for making Omaha a more welcoming place.

Wishing you and yours a healthy and happy holiday season and prosperous New Year! 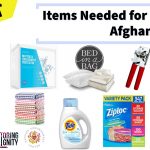